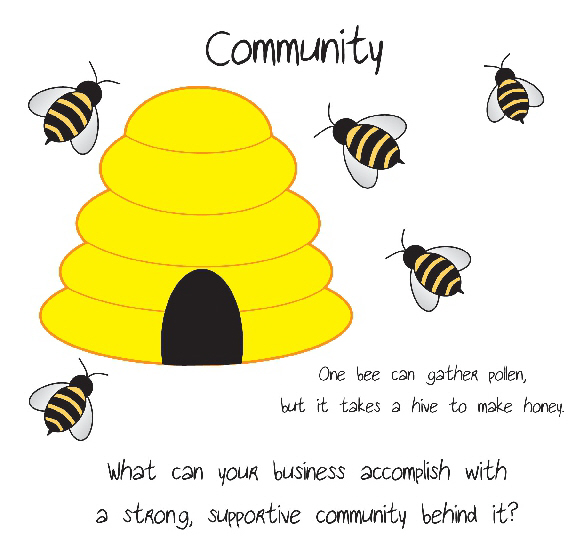 We believe that busy entrepreneurs may have other things to do with their time than meeting with the same people week after week.  As long as there is a commitment and sufficient frequency to keep relationships active and strong, the same benefits can be had from a monthly meeting as from exclusive groups that meet more frequently.  We believe in quality over quantity, and that people who care about others make better networking partners.  That's one of the reasons that we've included a charitable module in the structure of our networking organization.

Mark and Mary met several years ago through a business networking group.  We've done business with one another during that time and a developed a strong friendship.  it seemed only natural that we would take our shared passion for putting good people together and turn it into a networking organization with a twist.

We Are There for You

While Mark and Mary each have businesses of their own, when they facilitate a meeting, they will not be talking about their businesses, because their role as facilitator is to help you improve your business.

Mark is a man of many interests. He and his wife, Dr. Beth Krieger are involved in various charitable efforts, including the running of a clothing pantry at Young Israel of New Hyde Park, 264-15 77th Avenue, New Hyde Park, NY offering men's, women's and children's clothing from casual to dress. Clothing pantry is open by appointment to anyone in need.

Having been a tennis professional for many years, Mark has had firsthand exposure to the fitness industry and the people it serves. This led him to become a marketing executive for a company that offers clients the opportunity to avoid toxic chemicals in home and personal care products and contribute to overall health with quality nutritional supplements and weight loss products.  His passion for helping people to look and feel their best is what initially propelled him into the business networking world.

Mary Redler is a published author who came late to the world of small business, but it has become a passion, resulting in her being involved in multiple businesses at the same time.  Since she began her entrepreneurial journey, she has been an avid networker.  She has participated in many networking groups, started some and taken a leadership role in others, as well as completing coursework in networking.

Mary has a small marketing, coaching and consulting company and believes that we, as people are better together.  Small business owners in particular often shoulder all of the responsibilities of their business, working increasingly long hours, often alone, and becoming more and more isolated, frustrated and unhappy.

Networking can provide many benefits to the small business owner, not the least of which is increasing sales.  However, learning more about business related topics, developing resources for their own and their clients' use, having other business owners to brainstorm with and being part of a community can all be valuable as well.